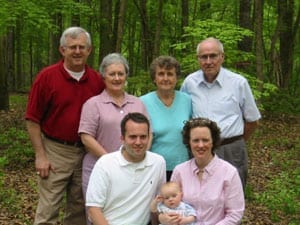 “There’s a very important question that older adults and their children should ask themselves when planning for the future,” said local financial advisor and Wesley Woods of Newnan Advisory Board member Gary Welden.

“That question is, do you S.W.A.N.? That’s my acronym for ‘Sleep Well at Night,” he explained. “You can sleep well at night when you have peace of mind.”

Welden, whose father was a Methodist minister involved in the founding of Wesley Woods of Newnan, says that having a plan in place for aging family members is an important key to peace of mind for all concerned.

“Although my father died early, he had made it clear that he wanted my mother to live at Wesley Woods if she ever needed or wanted to move out of her home,” he said. “So when my mother reached the point of being tired of cooking and keeping up the house, there was no question where she would go and that she would be cared for,” he said.

In addition to Welden’s mother, an aunt and uncle have lived at Wesley Woods of Newnan, and now his mother-in-law resides there. The fact that Wesley Woods is a family affair speaks to the peace of mind that comes with a high level of services, amenities and continuum of care.

“A continuing care retirement community like Wesley Woods offers the assurance that your family member is in a safe, nurturing environment. Housekeeping, security, food preparation, transportation are all provided — it’s fully encompassing,” he said. “That’s the kind of assurance that allows you to feel comfortable… and to S.W.A.N.”

Pictured in the photo are: (top row) Gary Welden, his wife Brenda, his mother Lucy and her husband, Lewis; (seated) Gary and Brenda’s son Matthew, his wife Katherine, and grandson William.